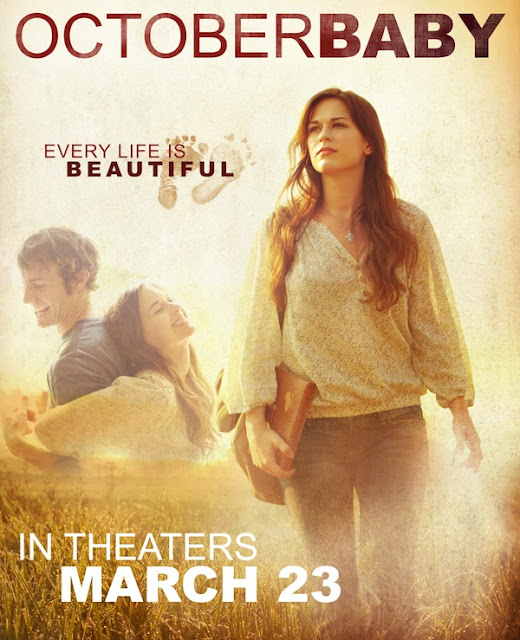 We just came back from watching the newly released movie October Baby. I took my oldest daughter with me and was glad I did. This movie covered the topic of a girl who was a victim of an failed abortion attempt who was adopted and finds out later in life.

Here is the trailer:


(Note: don't forget to turn off the music at the bottom of the blog before viewing!)

The best part of this movie has got to be this:


This movie is powerful because it speaks to women who have had abortions. So many times women are imprisoned from their own guilt of their mistakes in the past and have never come to terms with actually forgiving themselves for what they did. They live in fear of judgment, feeling people will reject them for their mistake if they ever went public and also live under the burdening and heavy guilt of self-accusation.

When in reality I believe that many women had agreed to have abortions with out fully understanding what they were doing and the repercussions it would bring years after. I know if many of them could go back they would change in a heartbeat the decision they had made.

The wonderful thing is they have FORGIVENESS in Jesus Christ.

"For God so loved the world that whosoever should believe in Him will not perish but have everlasting life."

They are TRULY forgiven.

“If we confess our sins, He is faithful and just to forgive us our sins and to cleanse us from all unrighteousness.” (1 John 1:9)

They can truly be HEALED.

Only Satan will lie to keep a woman imprisoned in her past sin. He is a murderer, a liar, an accuser...and he will do his best in his attempts to destroy her. A woman who has chosen to follow Christ can rest assured that His GRACE, MERCY, and LOVING FORGIVENESS has covered her. She does not have to live a life of pain and hurt. He has given His life so she can be forgiven and live her life from that point for His glory.

This movie takes us through Hannah's life, a gal to be reunited with her biological mother and the pain she endures through it all for the first time. It is a story of forgiveness. This is a definite must see.

Thank you to Providence Films for taking the time to make this movie and remind women all around the world that they can be forgiven.


(Note: For the moms wanting to know if this is a film for young children, I would watch it first and decide for yourself. There are a few scenes when the 19 year old daughter who was homeschooled is disrespectful and yelling at her parents, was arrested for breaking into a hospital,  and has a very close relationship with a childhood friend that is a boy. In spite of this, I do highly recommend it for women who have experienced an abortion or considering having one. )


Are you encouraged here? I personally invite you to subscribe and get the latest posts sent to your inbox. Also, connect with us on Facebook and Twitter and get updates that are not posted here on the blog.

Email ThisBlogThis!Share to TwitterShare to FacebookShare to Pinterest
Labels: Abortion

We are going to see this today! I am looking forward to it. It is wonderful that there are still movies out there that are appropriate and have a good message.

I am a foster parent and took them to see it....they often feel unwanted by their parents and I knew they'd get a lot out of it. They enjoyed it and even shed some tears and they are all boys! Ages 10, 13 and 14!

Definitely a must see!

Have fun and don't forget to bring some tissue! I think it is fabulous that you are supporting Christian films too!

We shed a few tears ourself--so glad to hear they were blessed by it and I will pray for you, that the Lord would give you continual wisdom as their foster parents.

I am SO looking forward to seeing this!!

Thanks for the review- although I'm hoping to find a review from someone who had an abortion - anyone? I know it is a lot to ask to find someone willing to admit it and then speak publicly, but I'm guessing anyone who's had an abortion, for whatever reason, might have a different take. Thank you

We're looking forward to seeing this as well. I've heard nothing but good things about it.

@marisa- I am that girl. God keeps calling me to help other women through my past transgressions. I am going to watch this.....all the while wishing I could meet my daughter before I get to heaven. To see "what she could have been". I struggled for a long time with enjoying my kids now and being thankful for my life. I wondered how I could be thankful when I took the life of my child. Every pregnancy was a reminder what I had done. I am most thankful for forgiveness and love. And that I will hold my baby in eternity. I want to see this movie alone, though. As I am crying just writing this, I can't imagine the emotions this will evoke.

I just saw it last night!

This is the best film of 2012 in my humble opinion. Powerful story. My wife was the survivor of an abortion attempt and this struck a chord in both our hearts.

i am looking forward to seeing this. thanks for the review.

I Can't wait to see this movie! 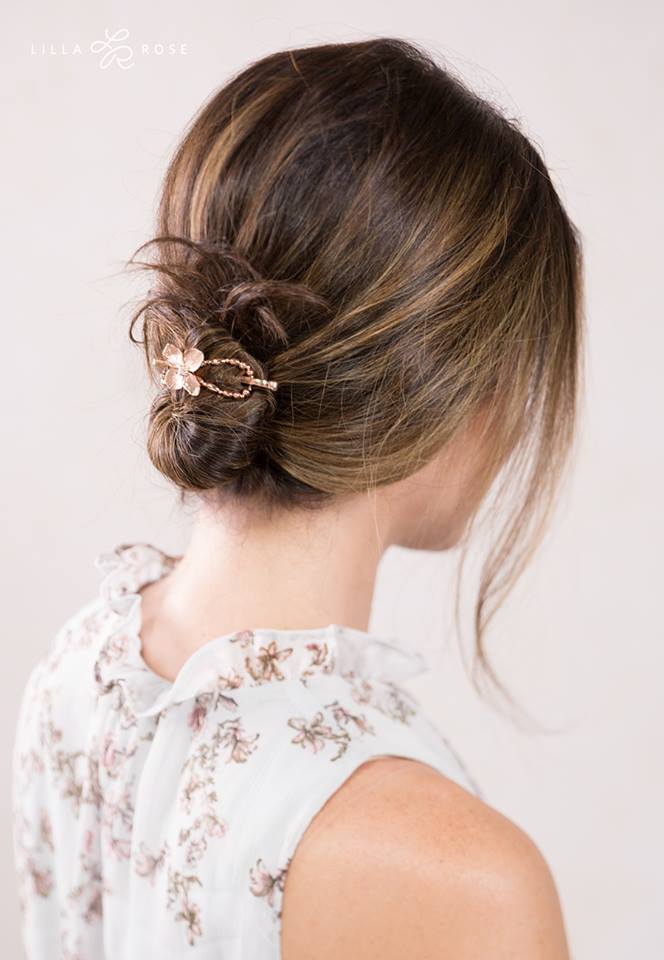 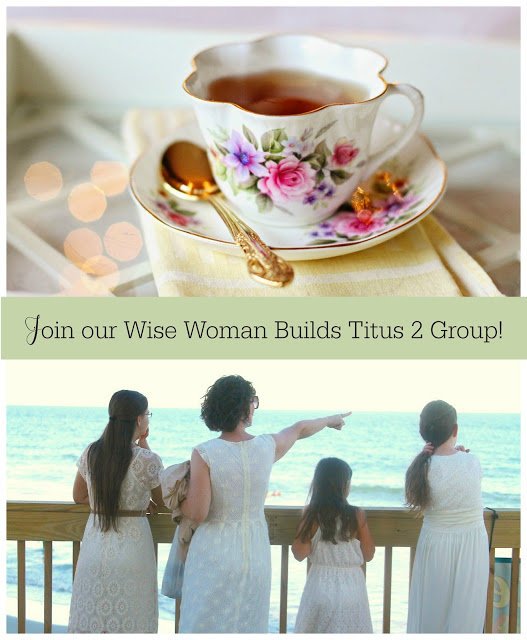 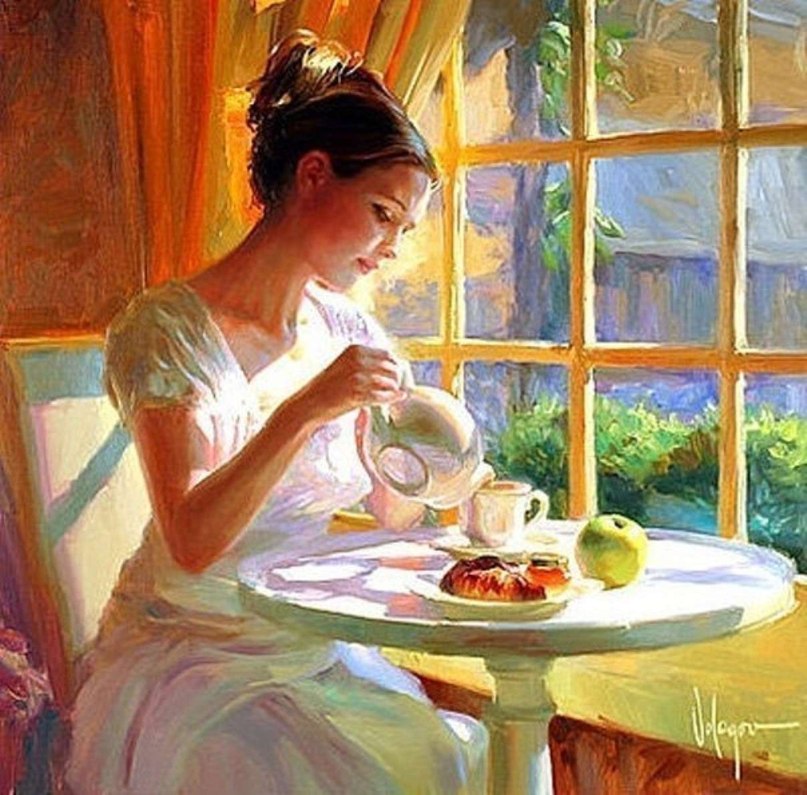 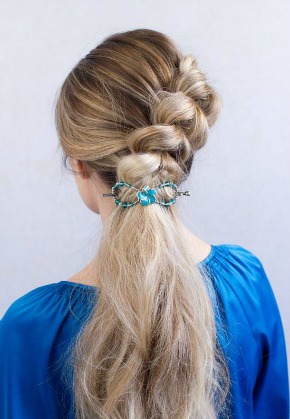 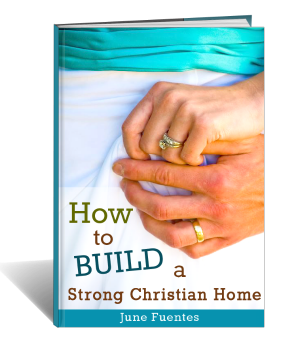 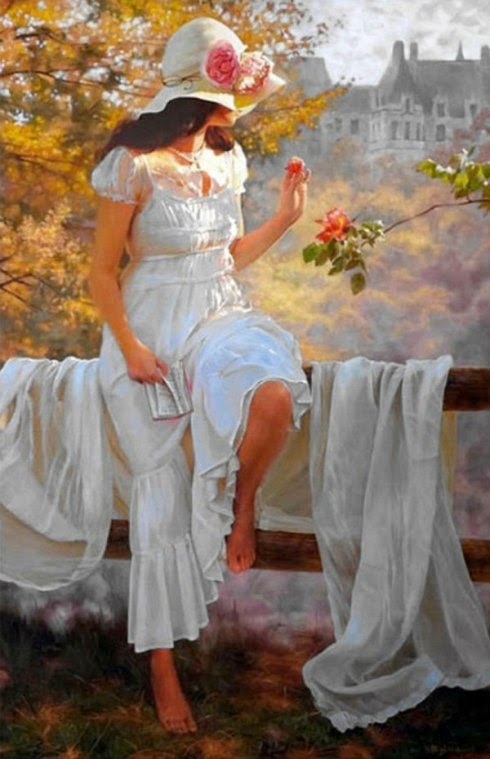 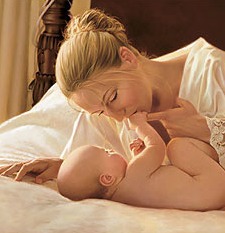 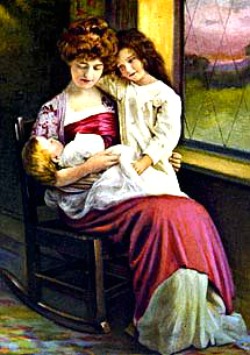 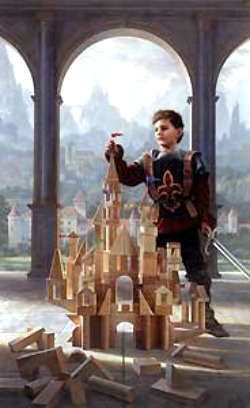 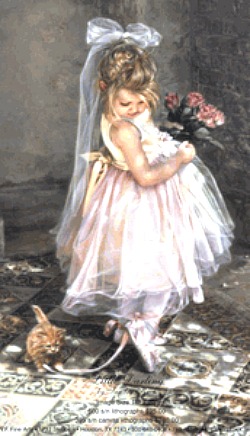 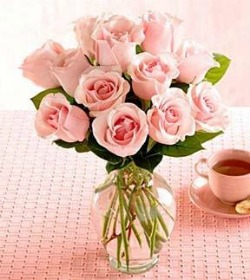 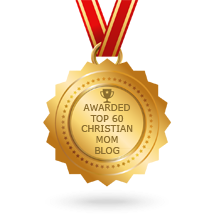